Students reaction to Will Smith smacking Chris Rock during the Oscars 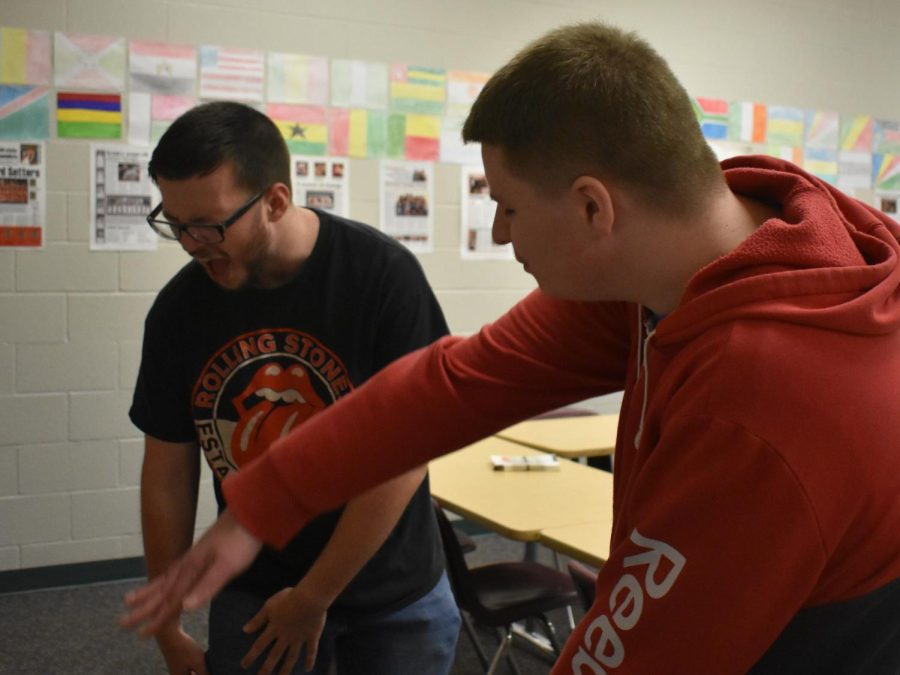 Two students recreate the non-forgettable act of Will Smith on Chris Rock.

The Oscar Academy 94th Annual award ceremony debuted March 22, 2022. People across the nation sit down to watch this special event. Most people expect music, laughter, jokes, and tears. One thing most don’t expect is a physical altercation. Although there have been countless funny verbal back-handed comments over the years, this one takes the cake.

Actor and comedian Chris Rock was physically assaulted by Will Smith on the Oscar’s stage. Chris made an attempt to make everyone laugh that night with, “I’m lookin’ forward to the next G.I. Jane 2!” The whole crowd started to laugh, including Will Smith. However, this took a turn when Smith looked over at his wife’s disapproving face. Subsequently, Smith got up and slapped Rock’s face.

Rock replied, “It was just a G.I. Jane joke.” Will Smith proceeds to yell at Rock in profanity as the broadcasts sound cuts out. Rock concludes with, “That was the best thing that has happened on live television.”

Moving forward, about 20 minutes after the incident, Smith won an award for best actor and best picture. His peers, baffled and disgusted by his winnings, had a few things to say. Wanda Skyes, a co-host to the award ceremony, shared, “It was sickening. I felt physically ill, and I’m still a little traumatized by it.” At the end of the ceremony, every year celebs host after parties for them to celebrate at. Smith and Rock happened to be there at the same time. So, Smith briefly apologized and moved on. A few days after, many people protested and said Smith’s award should be revoked until further notice. However, nothing has been set-in-stone and Smith still has claim over his award.

The day after the award ceremony Rock appeared in his stand up comedy gig and said he was still in the middle of processing what happened and said he hasn’t thought about legal action.

Juliana Meza, a junior at St. Louis High School, explained, “I think what Will Smith did was reasonable. However, I don’t think she should have taken it to the extent that he did. At first, I thought this was some publicity stunt because he was laughing at the joke until he saw his wife’s face, and took action. So, I’m a little confused there.”