Which SLHS student has the best facial hair? 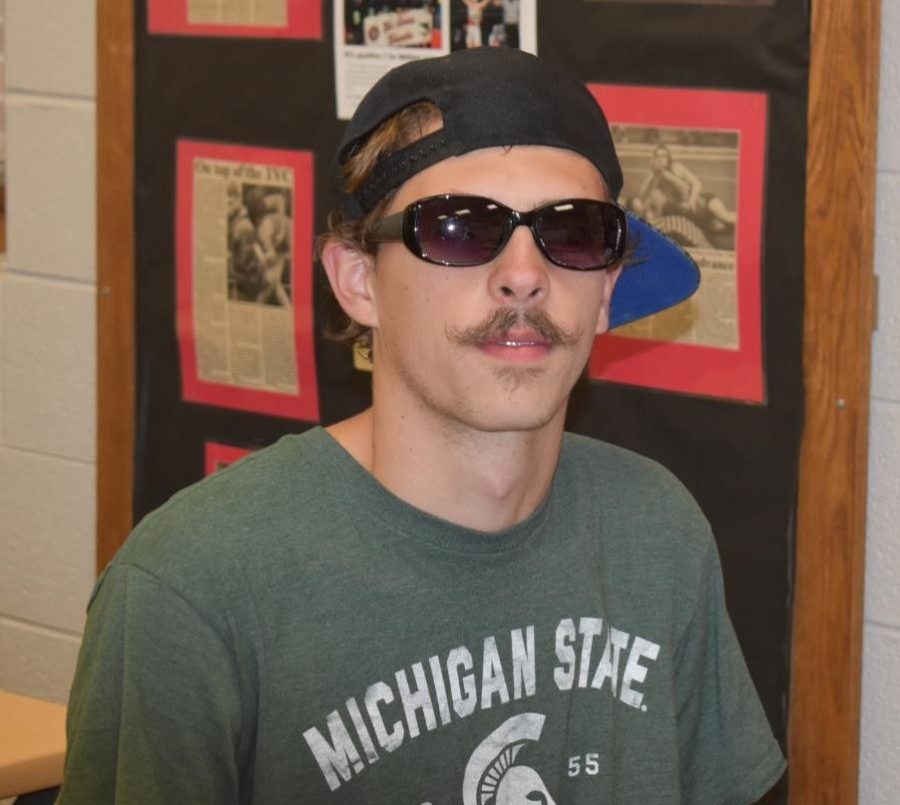 The male student body here at St. Louis High School has some iconic facial hair, one of which is Aaron Bowerman; Bowerman is a man of many things here at SLHS, his mustache just gives him something to be distinct from other students.

Bowerman has had the mustache for quite some time now. He started to grow it at the beginning of his seventh-grade year. However, about halfway through the school year is when his mustache became something to brag about. Even though, Aaron loves his mustache he has cut it for certain events. Some of those are homecoming and BPA.

Bowerman had just the mustache from seventh grade till his sophomore year of high school. From there on out he had imperial.  Along with his mustache, there’s also a small patch of hair right beneath the bottom lip. The patch of hair is shaped to grow down.

“Yes yes, I am questioned about my mustache,” said Bowerman. Even though, he has been questioned quite a bit about his Mustache he still carries on with his life and rocks it. It is good to be able to have something that you have pride and joy in. No matter what others think. On the other hand, there are a lot of people that think the mustache is cool. Bethany Bowernam said, “ He has the most iconic facial hair because it is cool and it is so much different compared to other students here at St. Louis High School.”