Is it soda or is it pop? The world may never know 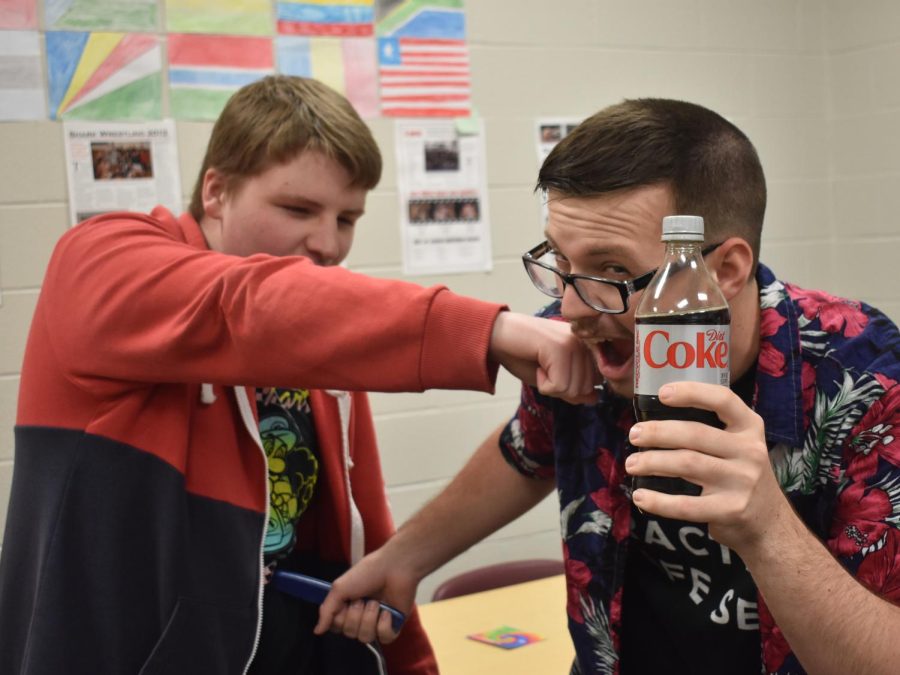 Two St. Louis students fight over whether the bottle of Coke is called soda or pop.

There’s an age-old question, is it called soda, or is it called pop? Officially the term is Sodapop, but I learned that what people refer to as the carbonated soft drink is generally based on the region of the country and how people were raised.

Soda is the preferred term in the Northeast, most of Florida, California, and pockets of the Midwest. Pop is what people typically say in most of the Midwest and West and some people have different names for it such as coke, soda-pop, and tonic. In theory, using this data, pop would be the more common term in Michigan.

Some of the histories behind the first marketed soft drinks (non-carbonated) appeared in the 17th century. They were originally called soda-water and were made from water and lemon juice sweetened with honey. Carbonated beverages and waters were developed from European attempts in the 17th century to imitate the popular and naturally bubbling waters of famous springs, with a primary interest in their supposed therapeutic values according to Encyclopedia Britannica, a general knowledge English-language encyclopedia.

I started a survey in my third-hour chemistry class to determine what students call it. Eight students said pop, two students and one teacher called it soda, and seven people said the other. Junior Colton Markwell said, “It’s called pop because there is a flavor called cream soda.”

Based on the information from this small survey, we can conclude that our theory that pop is the preferred term in Michigan is accurate. It would seem to be that the name for the infamous fizzy beverage, is determined by the region of the country a person is from and likely how he or she was raised.