Cars 2: One of the most underrated sequels of all time? 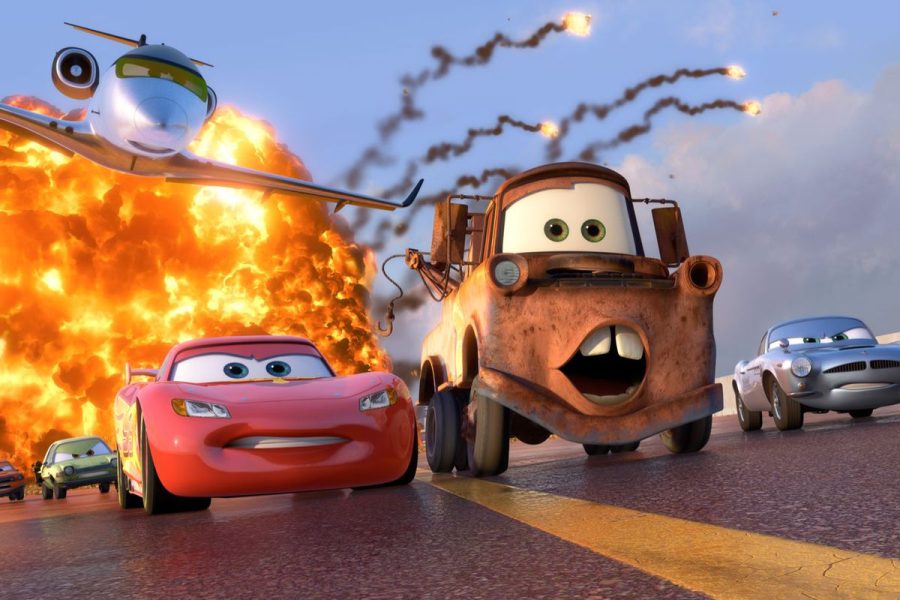 Everyone remembers the Pixar film, Cars. Its sequel, however, is not remembered so fondly. Cars 2 released in 2011, five years after the original film debuted in 2006. The movie was nothing short of a flop.

The film starts with British Intelligence Agent Leland Turbo transmitting a message to his partner. He is undercover and secretly broadcasting this recording. The mood of this movie is immediately set far darker than the original film because Agent Turbo is murdered and turned into a scrap cube. According to Saint Louis High School student Aaron Bowerman, “This is definitely the goriest Pixar movie.” After this first scene, we follow Turbo’s Partner, Finn McMissile as he goes undercover in the same oil refinery compound Turbo was in. He is discovered and engages in a fight with the villains of the movie, lemons, and their leader, Dr. Zundapp. McMissile fakes his own death and manages to get away from the villains. This isn’t before finding out there is a mysterious figure acting as a boss above Dr. Zundapp.

We then shift to the main focus of this film, Tow Mater, as he gives a broken down car a tow just outside of Radiator Springs. As he arrives back into town, he sees the previous film’s antagonist, Lightning McQueen greeting his fellow cars. Mater gets excited and floors it into town to greet his friend. Mater and Lightning engage in friendly hijinx, that is until the main plot is revealed. Mater then crashes a date Lightning is on, upsetting him. Mater then calls into a radio show, signing Lightning up for a Grand Prix without asking him.

In Tokyo, at the first meeting for the Grand Prix event, I have to say we take a step down from Chick Hicks and now have Francesco Bernoulli as Lightning McQueen’s rival. We are rejoined with Finn McMissile, as well as meeting Holly Shiftwell, a fellow agent. They are meeting with an American Agent, Rod Redline, who is currently in the bathroom. Mater enters the bathroom, giving away Rod’s cover. Rod quickly transfers critical information to Mater and then gets jumped by a few lemons.

The British agents then think Mater is the American agent, leading to our new main character getting himself into hijinx. Before we can get to the fun though, we have to watch our beloved Rod Redline be tortured to death by the lemons and Dr. Zundapp. His engine is overheated after the villains find he has transferred crucial information to Mater. We see the car blow up and the flames of his corpse creep up the screen.

Now, the main focus of this film is the development of the character Mater, which is fair. He was only funny in the first film, not a serious character. But the main problem with this is it completely makes Lightning McQueen a jerk again. The entire point of the first film is ruined when Lightning reverts right back to the mean and bitter car he was at the beginning of the first film.

When it all comes to a climax, it is revealed that the main villain of the film is Miles Axlerod, the same man who funded and provided fuel for the Grand Prix. It turns out, he was a major stockholder of gas and founded Allinol, the green fuel, to sabotage himself so everyone will have to use fossil fuels again. He somehow developed a ray that will instantly fault the engine of any car. We see multiple international racers die on screen, which is kind of disturbing. Did I mention this film has a body count of 308 cars?

Yet after all, I can’t help but like this film. The agent stuff was fun, and the twist at the end is terrible, yet entertaining. According to Adam Shattuck, “It’s truly an underrated classic.” I think the film, at any rate, did what it was trying to do. It made Mater an actual character, granted they had to retract some of Lightning’s development from the first film. Is it worth a watch? Yeah I would say so. The first film is perfect, this second film is entertaining, and the third film, I have no motivation to watch it again anytime soon.