Deep sleep: causing you to question your whole life? 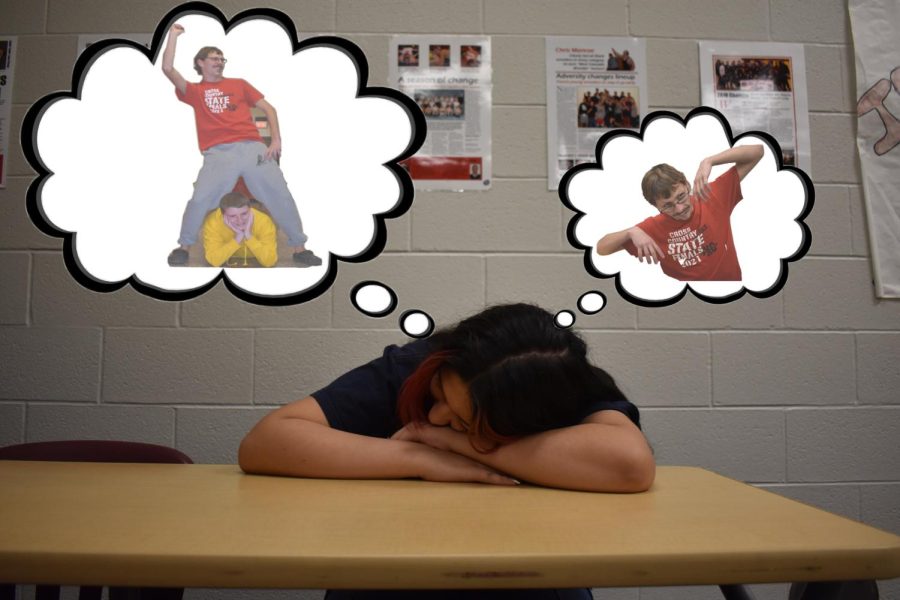 SLHS student falls asleep during class and ends up having the strangest dream where two of her peers are dancing together and that one of them had turned into a monster!

Have you ever had a dream that left you questioning your whole life? Dreaming can either be the best or the worst part of a good night’s sleep. Some people have dreams about flying, falling, getting chased, or maybe peacefully relaxing on an island. But, there are always some dreams that end up….unusual.

Strange dreams most often will help individuals understand day-to-day experience on a deeper level. Some students at SLHS definitely had some notable dreams worth sharing.

Freshman Kaya Munoz stated, “I have a lot of dreams where I’m driving. But all of my dreams in some way make no sense. Something always happens that I can’t even explain because it’s so random. For example, I had a dream where I was a famous car racer of some sort. In the dream, that day happened to be one of my race days. I remember getting into my car and driving around the track to start to race.”

Munoz added, “Then all of the sudden, I had the urge to escape the race track! I started swerving off the track to a highway that was somehow right behind the track. Then I started hearing police sirens as their cars started to chase me. As the police got closer, certain parts of my car started to randomly disappear. Then when the police were about to get me, suddenly all that was left of my car was the seat, which was just sliding down the highway at a fast pace. It was terrifying! I was next to dozens of cars driving at high speeds while I was sitting there with nothing but a car seat! It was at that point when I finally woke up.“

Senior Kaylyn Collins stated, “I once had a dream we were all at an all-school sleepover and then there were scary-looking demons chasing me down the hallway. It was pretty terrifying, and I had absolutely no idea what was happening. I had to run on top of the air mattresses because I couldn’t go anywhere else. It was confusing but definitely scary.”

Senior Aaron Bowerman said, “One night I was fast asleep and then came the horror, I awoke in a dark black void nothingness and me. Then uncontrollably I began to cough and sneeze for like 30 minutes straight, then I continued to peacefully dream on….. Abruptly, I actually awoke to a wet face as I stumbled to my bedside and I turned on the light.”

Bowerman added, “To my surprise, the dim yellow light revealed my walls sprayed with blood, my pillow soaked red, and blood profusely spraying from my nose. My pillow is still stained red to this day.”