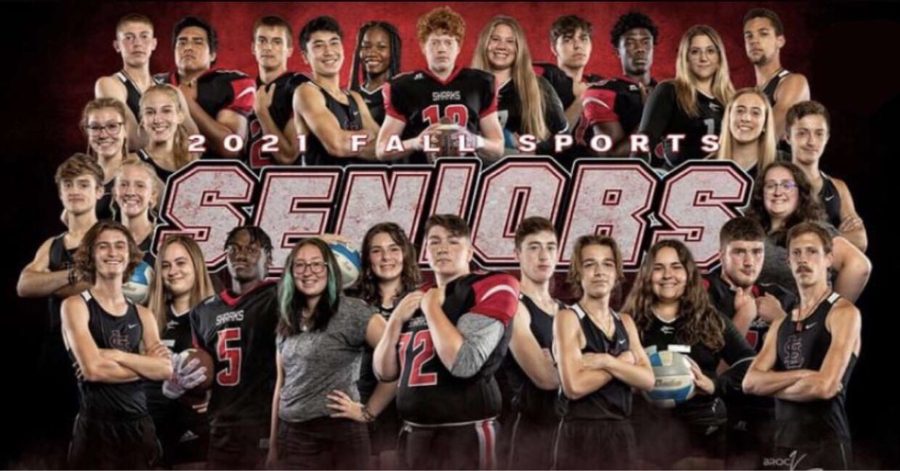 The 2021-22 school year for St. Louis High School got off to a great start with all of the fall sports exceeding expectations. With a leading senior class and hard-working underclassmen, the sports teams went above and beyond this season in representing SLHS. In fact, there are over 20 students receiving all-conference and above honors.

The boys cross country team by far had the biggest accomplishment of the season– state champions! They took the state title for the second year in a row, and Nov. 16, was decreed St. Louis Highschool Boys Cross Country Team Day by the St. Louis mayor.

The girls also had a great season and finished sixth at the state meet. This is the fourth time they have had a top ten finish in a row.

For both girls and boys, individual all-State runners were Nate March, Ben March, Aaron Bowerman, and Mikenna Borie. Both teams also received academic team all-state, and the girls had the highest grade point average out of all of the teams in the state.

Aside from the cross, the football team had its best start since 1996, going 3-0, and they finished with a winning record. The team had a lot of younger athletes step up and did a great job. Coach Paksi addressed his feelings on this year’s team, “To see the leadership from the juniors and seniors was an incredible feeling. Seeing them bring the younger guys under their wings and strive.” Overall, six boys received all-conference: Ignatius Jackson, Ben Dousuah, Josh Dew, Michael Baysah, RJ Macias, and Wisdom Zanquo. Four other players were honorable mention: Julian Orta-Vasquez, Reece Giles, Rafael Orta-Vazquez, and Gavin Wenzlick. Three standout seniors also achieved all-region: Jackson for running back, Dousuah linebacker, and Baysah tight end.

Additionally, the girls’ golf team made history this year. They were conference champions for the first time ever. Three girls received all-conference honors. First-team honors included Schrot who placed first for her team and Natalee Hoyt placed second. Danielle Thelen finished 12th overall and is on the second team. The Sharks finished fourth at the regional competition at Mt. Pleasant Country Club. The girls battled in drenched conditions to report one of their best team scores of the season, and Schrot also received all region honors and qualified for the state meet and was able to compete at the Michigan State University course.

Besides golf, the varsity volleyball team also had a good season. They won the Carson City Crystal Tournament, which was the first tournament win that the seniors have seen in all four years. Senior four-year varsity player, Kiersten Fransico, reflected on the season, “Winning the Carson City tournament meant so much to me because in the last four years, I haven’t been on a team that won a tournament. It also just really helped show me that our team had so much potential for the season. I think our season was successful because we had seven seniors and there was so much to work for.” This season the lady Sharks finished sixth in the conference and had a bye in the first round of districts due to their success in the early season. One record was tied by senior outside hitter Korah Honig in the district semi-final game. The record for most kills in a best 3 out of 5 games was 35, and that’s what she hit. Honig also received first-team all-conference, after receiving second team honors the year prior. She was also an all-region.

Also, the St. Louis Equestrian team made its debut this year and had a great season. Team members Bethany Bowerman and Rebeccah Ross qualified for regionals. Bowerman said that a highlight of her season was competing at regionals and placing fifth. Bowerman won first place in barrels and flags. Ross competed very well and scored a lot of points by placing second in the flag race, and third in the saddle seat pattern. Both girls also placed first in the relay race with an unbeatable time, scoring under 14 seconds!