Why is the U.S.A. considered a “bad” country? 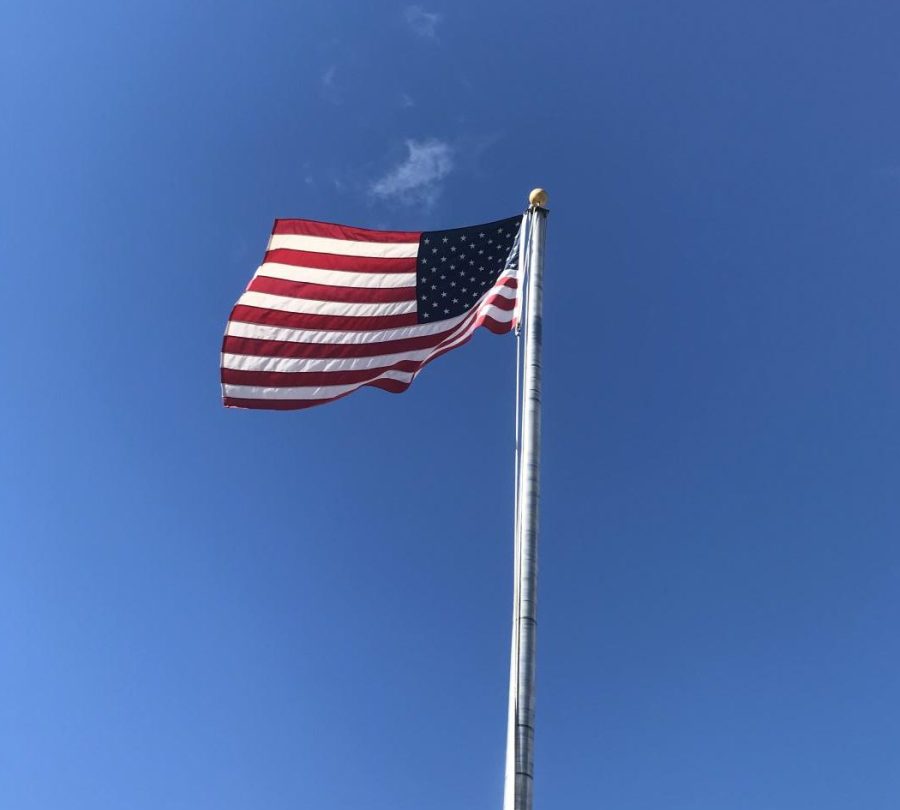 The American stars and stripes fly high since 1776.

With a government of three separate branches, 50 united states, a military consisting of six branches and a National Guard, as well as a citizenship of over 300 million people, the United States of America sits at the top as the world’s greatest superpower.

The United States of America will be 245 years old this July. Standing strong since 1776, the gentlemen known as the “Founding Fathers” were certainly way ahead of their time. All things we enjoy as citizens can be attributed to the genius of the strong yet flexible guidelines set in place by the United States Constitution. The Constitution has three core parts; the preamble, which outlines the reason for the Constitution, the articles, which outline the power of government, and finally, the Bill of Rights, which details the power of the people.

The Bill of Rights consists of the first ten amendments, the principles by which any free person should be guaranteed. The first amendment is the freedom of speech, press, assembly, and religion. The first amendment is what gives us the means to a school newspaper. In countries like the U.K. and Canada, people can be fined or jailed for speaking freely.

The second amendment is the right to bear arms. This amendment is the sole failsafe in case of a tyrannical government takeover. According to the Constitution, “A well regulated Militia, being necessary to the security of a free State, the right of the people to keep and bear Arms, shall not be infringed.” Even if the government claims to have the right to take our guns, the Constitution gives us full permission to use force against our possibly tyrannical government. The other eight amendments state a series of clear and fair rights in the court of law. Student Cole Lombard shared, “We’re the land of the free and home of the brave. We’re the best because we actually have rights.”

The U.S. is set apart from all other forms of government by giving neither the government nor the people absolute power. Both the government and the people are subject to the law. President Abraham Lincoln addressed why we fight, why people need to die to preserve the union. In his words, President Lincoln proclaimed we need to fight so that, “Government of the people, by the people, for the people, shall not perish from the earth.” The U.S. Military fights not because they can, not because they want to, but because they have to preserve the security of the free world. The U.S. military is “Always Ready,” “Always Courageous,” and “Always Loyal.” Whether it may be on land with the Army and Marines, by sea with the Navy and Coast Guard, by air with the Air and Space Force, or at home, with the National Guard. Our military is the most well funded and disciplined in the world.

But who is the competition? Who gives America a run for its money? According to student Landon Gall, “I think Russia is better than America in terms of people because they are always hanging from cranes and fighting bears daily.” Russia is the only country that rivals us as a world superpower, but it falls short with society. People in Russia would be rounded up and shot for differing political views as recently as the 1960s. Though it has gotten a lot better, Russia is far from a competitor for the best country. On the other hand, you have our brothers to the North, Canada. While Canada and the USA may seem like two sides of the same coin, we are very different in many ways. First off, while Canada may be a democracy, it relies heavily on Socialists’ beliefs, which is concerning. Things like free healthcare, free money, labor without pay, are not realistic. These are all things Canada is slowly moving toward on a slippery slope of Socialism.

According to SLHS student Aaron Bowerman, “I think we are one of the best countries in the world, though it may be narcissistic to say we’re the best.” Why? Why would it be bad to say we’re the best when everyone knows we are? People say the “America First” point-of-view is toxic, but why? Why would it be harmful to anyone to put our own country first? Why is America the only country that gets flack for this sort of thing? Every country in the world puts itself before other countries.

We now, here in America, as a society, have an intolerance for intolerance. How did that happen? Isn’t the reason we’re the best country because we as citizens have a choice whether we like something or not? No, maybe we should remove differing points of view (insert sarcasm). Maybe we should try and forcefully change the language our fellow citizens use (louder sarcasm). Oh wait, that was already attempted in 1940, by a little country known as Germany. At the end of the day, America is a great country… and it’s okay for the citizens to acknowledge that.