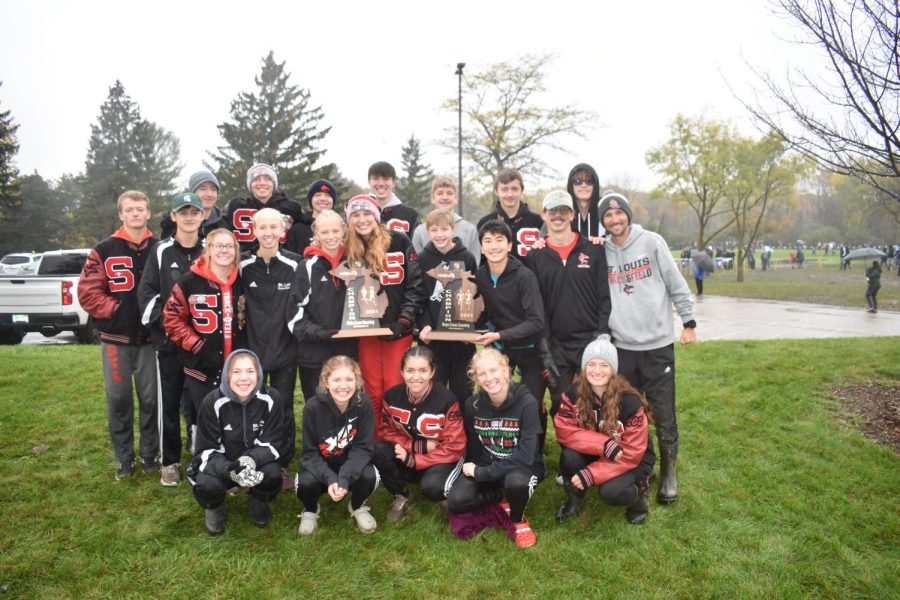 This course is infamous for holding water. Unfortunately, for the Sharks, it rained nearly the entire week leading up to the race. Unwavered, the Sharks powered through, with both teams taking first and moving on to the state meet. Coach Puffpaff was especially proud with the attitudes of his teams, and stated, “We handled the mud extremely well; we had the right mindset about the conditions, and it showed in our performances.” The top three teams and top 15 individuals qualifying from each regional will progress to the final race of the competitive season, the Michigan Athletic Association State Finals at Michigan International Speedway Nov. 6.

After the varsity race, Abby Dice, Natalie Lemert, and Craig Bebow ran an open race. Bebow ran in the worst conditions of the day in the last race and stated, “Have you ever been slapped in the face by a two-ton truck? That’s what finishing the race felt like. The race itself was almost similar to running waist-deep in pudding.” Bebow is the eighth runner, and will be moving on to the state meet with the guys’ team as a spare. The girls’ eighth runner is Laney Pestrue. The boy Sharks are looking to repeat their status as State Champs, while the girls are looking to move up from their fourth-place finish last year.