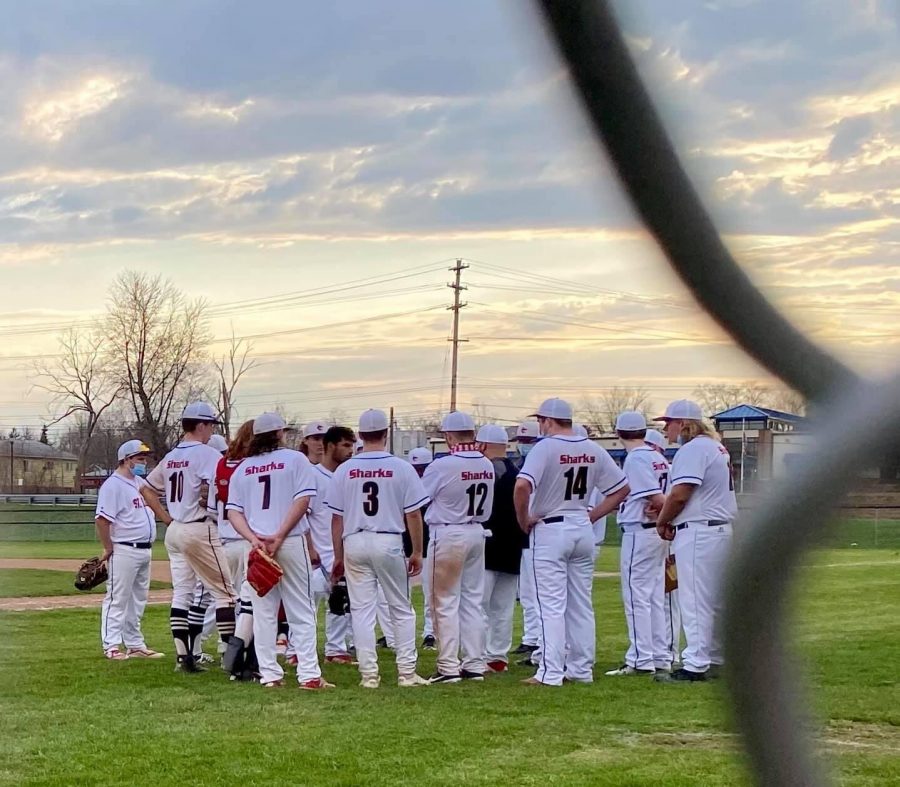 The Sharks come together for a team huddle.

The St. Louis Varsity baseball team competed against Harrison at home Wednesday, April 7 in a doubleheader. Both games were very high-scoring, with the Sharks winning 21-6 in the first game and 13-7 in the second game.

Logan Koutz shared, “It’s been a long time coming and we were just glad to be back out there. It was a rough start, but we came together and won both and that’s all that matters. We are now focused on our first league game against Valley Lutheran on Tuesday.”

This was just the Sharks’ first night of games so they have plenty of time left in the season to fix any mistakes they may encounter. Cade Pestrue mentioned, “It was a pretty good game overall. We just need to clean up a few things defensively, but we played decent for it being our first actual game in two years.”

For the night, Luke Maxwell went 5-6, Trae Garcia went 4-5, and Thomas Zacharko went 3-4 at the plate. Maxwell had 5 runs batted in, while Garcia was a close second with 4 runs. The Sharks are back in action Apr. 13, at home against Valley Lutheran with the game starting at 4:30 p.m.