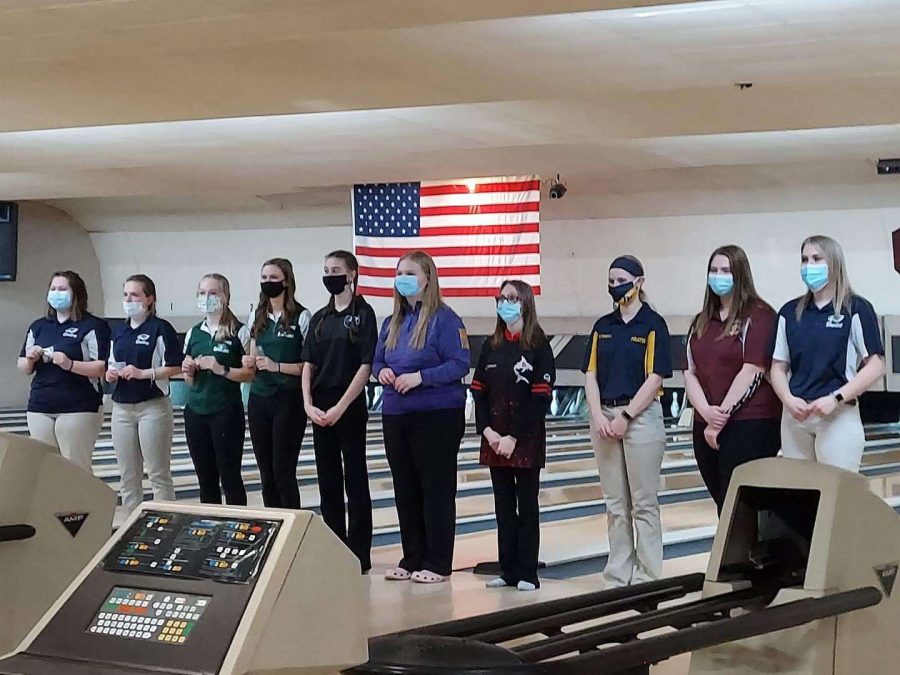 Saint Louis High School’s bowling team recently had their regionals March 22-23. Regionals were hosted at Bullock Creek bowling alley. The tournament contained about 13 other teams including SLHS, Saginaw Valley Lutheran and Ithaca, Fowler, and Saginaw Nouvel. Unfortunately, the boys came in 10th place. As for the ladies, they placed fourth and that’s only two spots from making it to state. Fowler placed first with almost 200 more pins than SLHS.

Shannan Mitchell qualified for individual state in the Individual placing in singles reaching a total of 197! Mitchell stated, “I believe our team did awesome this year!” Towards the end middle of the season, she could really tell that the team was going to be great and a have chance to make it to the states.

On the boy’s side, Dylan Luft stated, “Our team really didn’t do our best this year, and it could have been because of the lines and we haven’t used those types of lanes.” Luft believes that he didn’t do the best while halfway through he switched balls. He believes he did better with the second ball. But towards the end, that’s when it all when it went downhill.

Bryce Franciso was there as a backup player, and he was very proud of how hard his team worked. Franciso stated, “Our team really didn’t do the best that we had the potential too, but we really tried our best. I think the reason why things weren’t really looking up for us was that the lanes were a little bit different than what we are used to.”