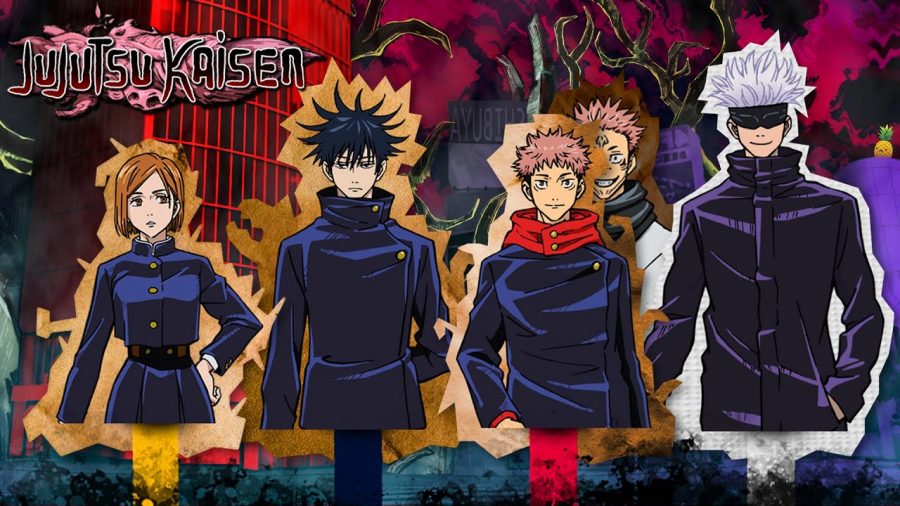 The show is set in a world where cursed spirits feed on humans. The Curses in this anime are a race of spiritual beings manifested from negative and cursed energy. These Cursed spirits hunt for legendary demon, Ryomen Sukuna fingers that have been scattered around the world and love to target Jujutsu sorcerers. Jujutsu Kaisen is focused on a not-so-normal teen Yuji Itadori who while fighting a cursed spirit, swallows one of the Sukuna’s fingers, and the curse of Sukana becomes one with Itadori. Itadori soon goes to a private school and learns how to control the cursed side of him.

According to writer Bibhu Prasad of fandomwire.com, “Jujutsu Kaisen is fast becoming the most talked about anime of Fall 2020. And here’s why we think Jujutsu Kaisen is destined to become the best Shonen anime of all time.” Prasad believes there are ten reasons why the Jujutsu Kaisen is the best anime ever. These ten reasons are the looming presence of death which is full of action, the animation is very clear and fluid, the use of horror, it doesn’t take forever and it cuts to the chase of what’s going on. The other five reasons include that Jujutsu Kaisen doesn’t have anyone who is immune to death, the villains are not relatable which is a good thing, also while watching this show there is a perfect balance of dark and light-hearted tones, and another good thing about this show is that time skips instead of time fillers. One of the best features of the show is how the abilities that people contain are super cool and well thought.

Michael Hart is a fan of manga and anime Jujustu Kaisen. Hart stated, “I enjoy this anime because it has a great storyline and plot.” Hart’s favorite character is Satoru Gojo because he is so cool and has a cool personality. He also stated, “It was late at night and I wanted to have background noise on. While I was sitting there, I ran across this anime, and then I looked at the clock to find out I stayed up all night in love with this anime.”