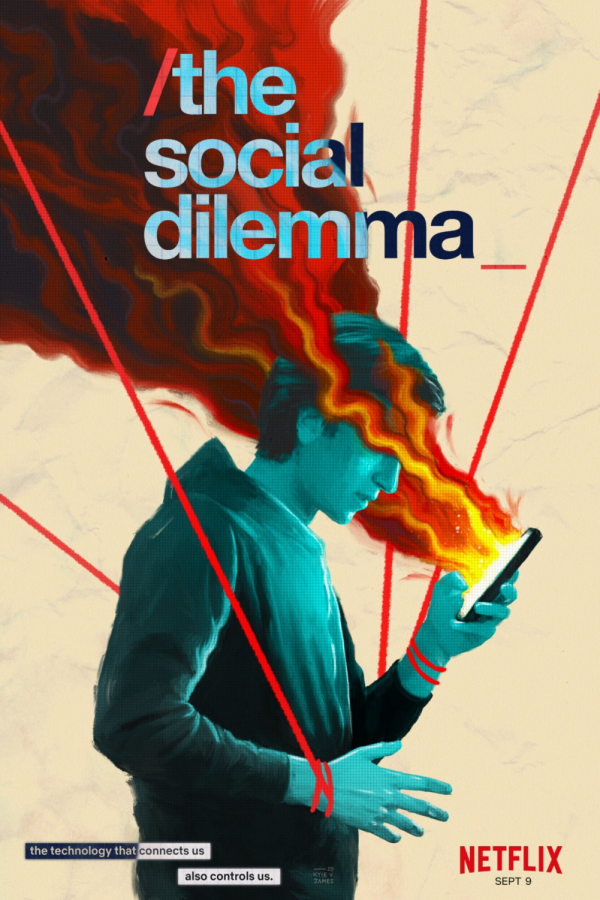 Promotion for The Social Dilemma.

Over time, people have become more and more addicted to social media and electronics. The documentary, The Social Dilemma, comes from a different perspective about the usage of technology and social media. Watching this documentary can change how you go about your daily life completely… if you have an open mind. Many people choose to be ignorant and do not realize how much social media can affect them. It’s not uncommon to be one of those people. In all honesty, it is totally understandable due to the fact that most kids nowadays may not be raised in a way where they are aware of what is happening beyond their technology and social media. Although people have different opinions on technology, this film gives some facts that people shouldn’t ignore.

As soon as you hit the like button or save a video, they are creating a model of you. Using the feed that you like, trying to keep your brain interested in whatever they’re giving you. In the documentary, it shows that they create a model of you, to see what you like, to see what you most respond to. So hitting the like button gives off the perception that you, obviously, liked it and they can now try and push you more things related to whatever you like on your feed.

Evelynn Gutierrez, a sophomore at St. Louis High School, shared her feelings about social media after watching The Social Dilemma. “I feel that social media is a platform where people can share their own opinions on many serious topics. Social media might have standards of beauty, but it doesn’t really corrupt other people’s ideas on anything. People have the power to do whatever, whenever, just by having social media. I also feel that social media helps people spread work about serious matters that people otherwise wouldn’t know about if not for social media,” said Gutierrez. When asked if she had any thought on what rules kids should have when it comes to social media, Gutierrez stated, “If I had kids I would let them have social media but would help teach them ways to be safe with their technology. I wouldn’t really have too many rules when it came to these things but would still be cautious.”

Devika Girish, the author of ‘The Social Dilemma’ Review: Unplug and Run, stated, “They claim that the manipulation of human behavior for profit is coded into these companies with Machiavellian precision: Infinite scrolling and push notifications keep users constantly engaged; personalized recommendations use data not just to predict but also to influence our actions, turning users into easy prey for advertisers and propagandists.” This theory somewhat represents what they are trying to conveying the documentary. The producers talk about how they believe that big companies don’t manipulate people to hurt them. Though it is said in the documentary that the companies put up ads and such, during manipulated times in people’s feed Like when they’re scrolling.