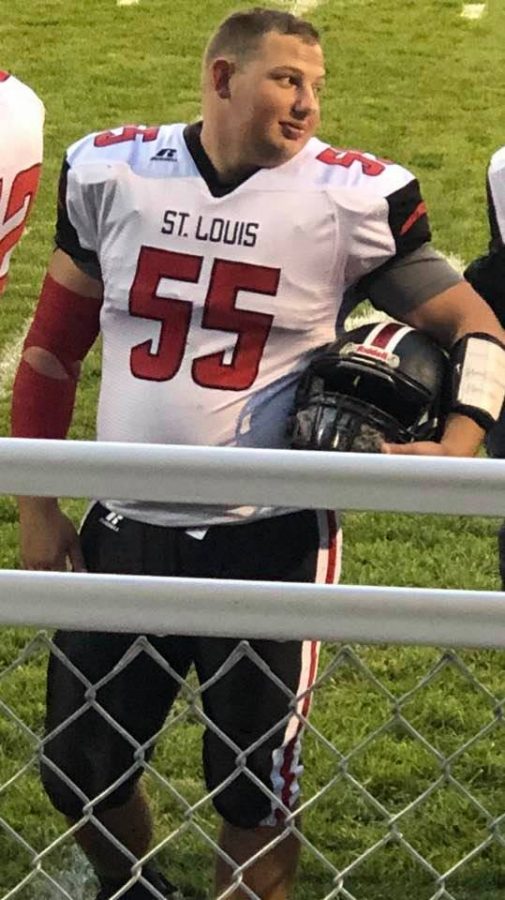 Luke Maxwell's fumble recovery turned into a touchdown for the Sharks.

Michigan Lutheran Seminary is a Lutheran-private school in Saginaw, Michigan. Luke Maxwell picked up a fumble and ran it nearly 40 yards for a key touchdown. Additionally, Trae Garcia scampered for a 96-yard touchdown to ice the win!

According to Ashlynn Kato, a spectator at the game, they did very well. “My brother, Trae, had a 96-yard touchdown, which I think was very eye-opening. I was impressed with how much teamwork they used during the game,” she said. She added, “I feel like teamwork is very, very important for a football game. I have seen them play a lot, but this game, they played outstandingly.”

According to Wisdom Zanquo, a sophomore on the team, they played together as a team. He added, “I feel like I did good during the game and tried my best. I feel like trying your best will help you succeed like we did on Friday. As a team, I feel like we worked together better this time than our last game.”

Thomas Zacharko, another sophomore on the team, said he enjoyed playing Friday nights. He added, “Trae’s play was the best I have ever seen! I feel like I did well with my communication with everyone on the team.”

The football team had an outstanding performance Friday, and was back in action Oct. 23, against Breckenridge.