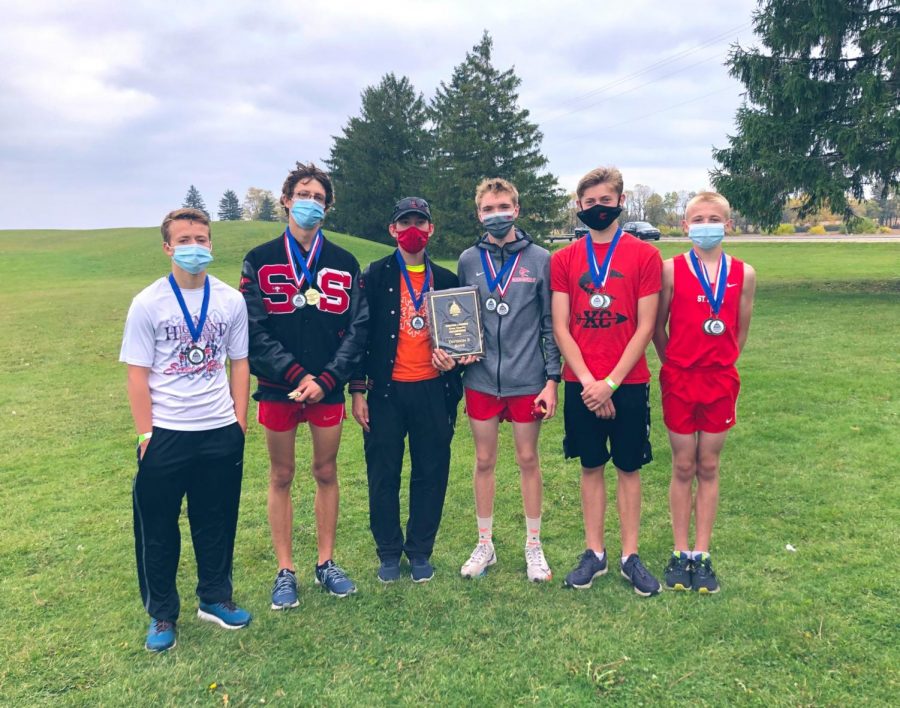 The boys' varsity team captured a win at the Greater Lansing Invitational and earned a plaque.

The Sharks competed at the Greater Lansing Invitational Saturday, Oct. 10, at Grand Ledge. This meet is usually one of the biggest races of the season, but due to COVID-19, races were split so only 10 teams competed at a time. The Sharks still found a way to push themselves despite the lowered level of competition.

Bowerman stated, “We went out there, and we ran. It was a hard course and a tough finish, and we powered through it and did what we had to do. And when we did that, we won. This shows that our team is ready to perform at a high level…and other teams better watch out.”

The course was hilly, and the weather wasn’t ideal, so not many runners ran personal records (PR) this meet. However, senior Alex Davis was the sole Shark who achieved one by running a two-second PR. He shared, “Once the race started and we were at the mile and I saw my time, I knew that if I could keep up with the pace, then I knew I could PR.”

St. Louis will be back to racing Tuesday, Oct. 13, at Carrollton High School for its third and final TVC Jamboree.