St. Louis students are enjoying Among Us 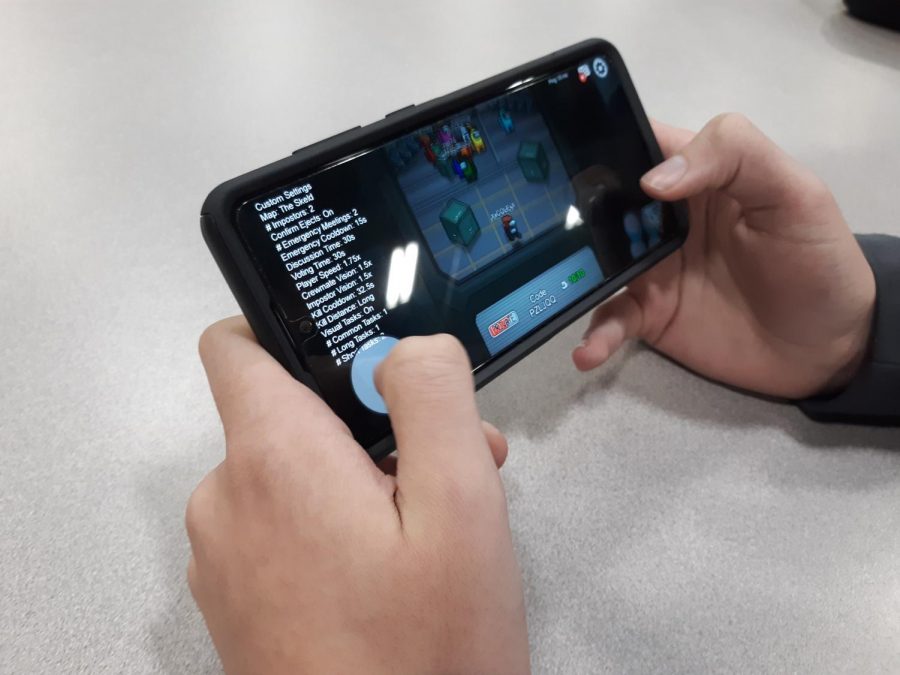 A student enjoys playing Among Us.

Saint Louis High School students have been playing the game, Among Us, a simple survival game, for the past few months.

Amid the madness of the COVID-19 virus, gamers have gone back to forgotten titles to re-evaluate them. Among Us is one of these games. Among Us was released June 15, 2018, to not much excitement. However, since then, people have come back to the game and enjoyed it.

One of these students, Cole Lombard, commented, “It’s fun because you can play with your friends, but it also causes distrust among close friends.” Upon starting a game, the player will be placed in three maps. Two of the 10 players will be selected to be an “imposter.” When an “imposter,” the player will be tasked with murdering all other players.

When a “Crew member,” the player has to do all their tasks, or vote the imposter off. When a dead body is found, the player can either report it, or stay quiet. When a body is reported, the player is faced with a screen for all players to discuss what the best course of action is for dealing with the situation.

The imposter can trick other players into believing that a crewmember is the murderer, or the imposter themselves can be found out. Either way, all players are required to either skip the vote, have no opinion, or vote another player off. According to William Tuzas, “For me, the hardest part about being an imposter is not getting caught. I always get caught acting suspiciously.”

While it is very rare for the crew members to win via completing all tasks rather than voting out the imposter, it does happen. Yet, not all tasks are simple, Lombard continued, “The most annoying task for me is definitely the key card swipe.” Tuzas stated, “Downloading data to the laptop is so annoying.”

While the game may seem simple in concept, it is fairly complex to play. Even though the game may be left behind in the upcoming months, it seems to be popular for the time being. Though with all things, this game most definitely won’t last forever.