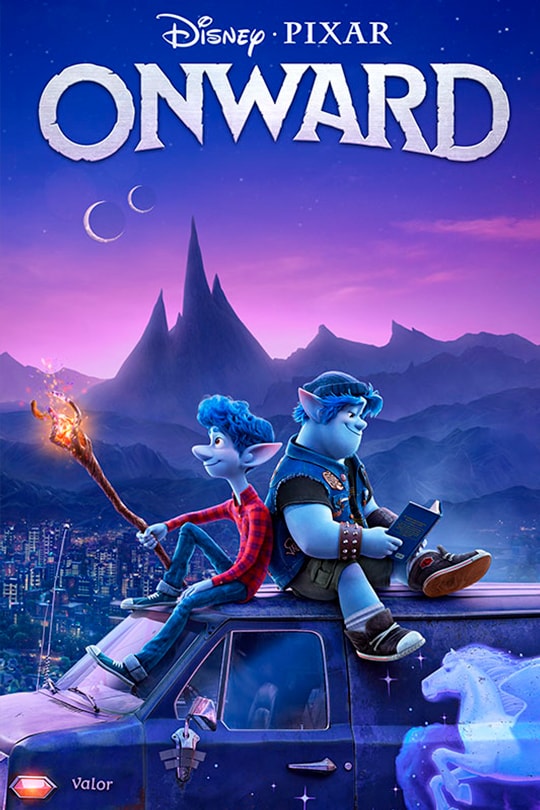 Disney never fails to impress, even after almost 100 years in the media industry. It has created some of the most well-known and beloved films in history, and it’s newest movie Onward is no different.

Onward is set in a time where magical creatures roam the world, but the use of magic has become almost extinct due to the overshadowing of new technology. The movie follows two elf brothers named Ian and Barley. Ian celebrates his 16th birthday at the start of the movie, and he and Barley receive a mysterious gift from their long-deceased father. The gift is a wizard’s staff with a precious gem and a letter that explains a “visitation spell,” which can bring their father back to life for a single day.

The boys try to conjure the spell, but it backfires, and only the lower half of their father’s body appears before the gem is suddenly destroyed. The story follows Ian and Barley on their quest to find another gem and summon the rest of their father before the day ends. It is a thrilling adventure with great plot twists that keep the audience interested throughout the film. Additionally, the movie portrays the ever-evolving relationship between Ian and Barley, and Ian slowly realizes how Barley has been a father figure to him all his life. It’s a fun and slightly emotional adventure that appeals to all generations.

Jenna Abell said, “I thought the movie Onward was really fun and creative. It had twists that you wouldn’t expect and kept me on my toes.”

Onward grossed $103.2 million in the box office worldwide with $61.6 million coming from the U.S. The ongoing COVID-19 pandemic is said to have affected the gross of the film because movie theaters worldwide were being shut down during the release. Due to this, the movie was quickly added to Disney’s streaming service Disney+.

The movie received a mostly positive reaction, with Rotten Tomatoes awarding it an 87% approval rating, and CinemaScore giving the movie “A-” as an average score. Students at SLHS love the movie as well, and many have watched it at home through Disney+.

Korah Honig shared, “Onward was an amazing movie. It was very enjoyable and [was] a funny movie with a good message.”