Is cheating in sports more common than you think? 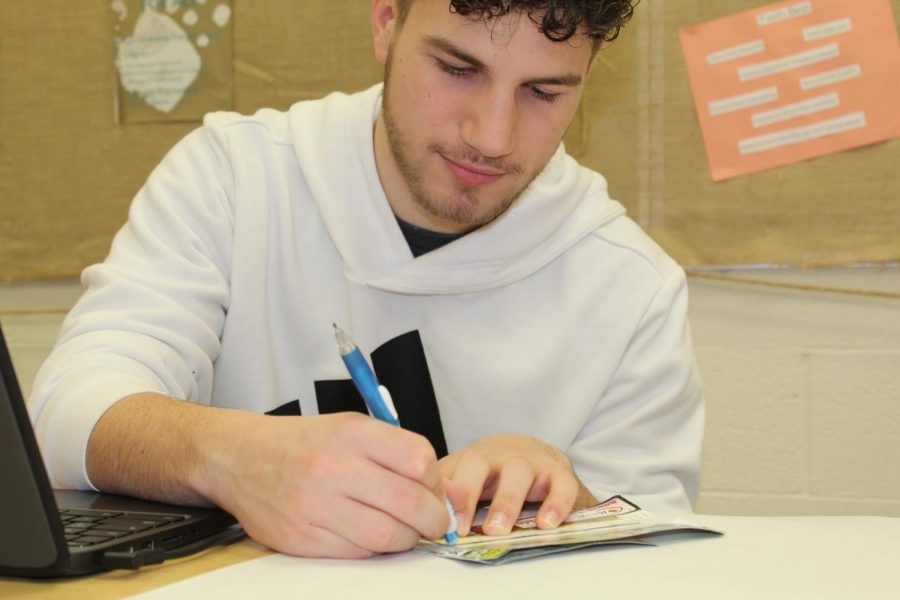 Junior Cade Pestrue appears to be erasing strokes off his golf score card.

Recently, Mike Fiers exposed the Houston Astros of illegally stealing signs throughout the 2017 World Series Championship. The Astros set up a hidden camera in center field that recorded the signs given by the opponent’s catcher. Once the signs were memorized by the manager, a banging technique using a trash can was used to guide the players through the different pitches from the other team. The fact that a professional baseball team could commit such an act leads one to wonder the different ways high school students may cheat during sporting events.

St. Louis is not foreign to acts of cheating. A few years ago, the boy’s golf team competed at regionals and cheated during the match. A group of boys were not honest with their scores, which led to them being disqualified.

According to former athletic director, Scott Hemker, “Golfers golf in groups with people from different schools and they are all supposed to watch over each other, which can be uncomfortable and difficult for young people to do.”

During basketball, players tend to find different ways to cheat without the referees noticing. Grabbing onto another player’s jersey is one of the most common cheating methods. By grabbing onto an opponent’s jersey, it provides an advantage by being able to control where the player is going. Another cheating method is talking while the other team is shooting free throws. Sometimes players talk to their teammates and they whisper so quietly the referees don’t hear it.

Ethan Wilson states, “I feel like many players grab their opponent’s jerseys and the referees don’t notice it. The referees should have a better sight of the players who are grabbing my jersey.”

Additionally, blindside hitting is very common during football, and most players don’t receive a penalty. By doing this action, it gives players a greater opportunity to score a touchdown. Another way players cheat during football is to take steroids. During high school sporting events, steroids aren’t tested by the officials. If a player is taking steroids and giving his team an advantage by doing so, the referees will have no idea since testing isn’t mandatory.

Cheating is a common thing during sports and because of this many new rules have been developed over time. By professional sports team cheating, it gives high school referees an insight of how high school players could potentially cheat. All of these cheating methods listed above will continue happening unless referees are closely paying attention and even then, players might still continue cheating.