Girls’ golf endures the rain to finish season at regionals 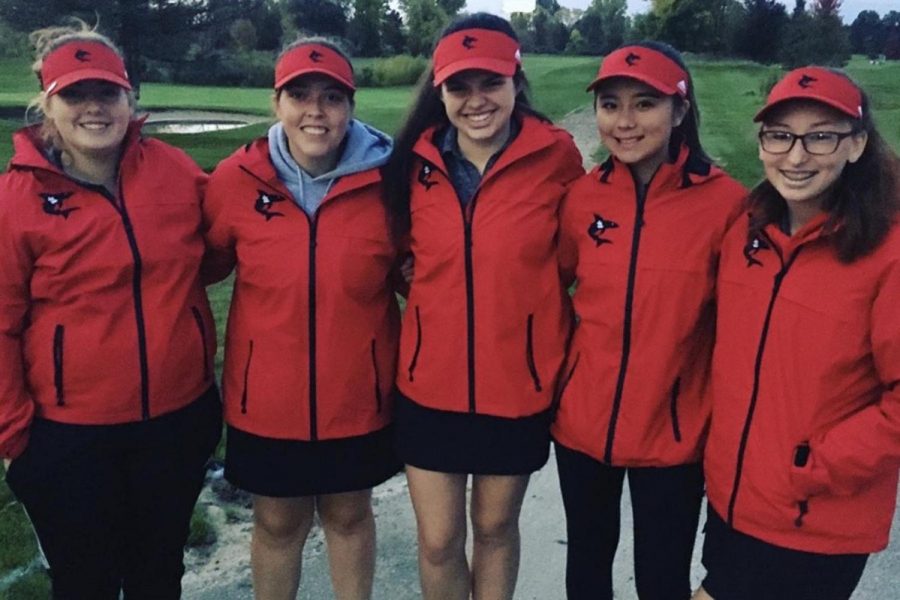 The girls golf team finishes season in the rain.

According to Gracelyn Bebow, “It was a difficult match, especially with the cold downpour. Even though I was soaked to the core, I tried my best and did pretty well for the end of the season.”

Ella Mader commented, “Regionals was really fun and was going well until the rain started to pour. It became more difficult to golf in the rain, but it was still fun to compete. The girls I golfed with were extremely nice, and it was a good golf game even though the rain made it tough.”

Coach Biehl added, “This season was a building year for our team. With seven new golfers, I was very proud of our final standings in the conference. With some hard work this summer, I expect great things from our team next year!”

The match was originally planned for Thursday, but was postponed to Friday due to poor course conditions.  There were nine teams total, but several teams chose not to compete after the date was changed. Frankenmuth took first place shooting a 401, and Frankenmuth’s number one golfer, Ella Smith, took first place in the conference.  The Lady Sharks pushed through the bitter rain and frigid temperature outside, and shot a 499. The girls didn’t finish with the lowest scores, but they attempted their best and finished the season strong. Skylar Rodriguez led the team with a 110, while Gracelyn Bebow shot a 127. The girls wrapped up their season strong and are looking forward to a successful season next year!