SLHS is looking better than ever thanks to new custodian! 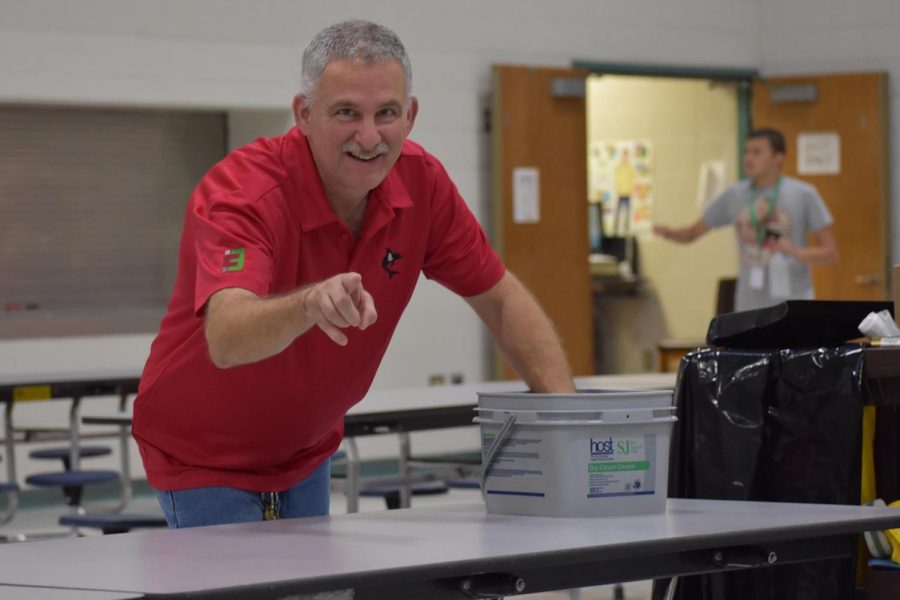 Bryan Morgan takes a lot of pride in his work here at SLHS.

With a new school year, comes a lot of new students for St. Louis High school. However, students are not the only new faces seen at SLHS in 2019-2020. Bryan Morgan is one of the new faces to emerge as a Shark.

Morgan was previously in Indiana where he lived with Steven, his 21-year-old son, and his wife. Before Morgan moved to Saint Louis with his wife and started working here, he was in the Army. Morgan stated, “I was in the Army for a total of 21 years then moved on to working as a site supervisor for security for 13 years before moving to Saint Louis.”

Morgan had high expectations of the high school and himself coming into his new job as a custodian. In Morgan’s words, “Walking into the high school for my first day of the work I expected it to be a challenge. I will need to meet new people and hopefully down the line be an influence for the students here at the high school.” Cameron Peak has noticed Morgan’s hard work stating, “There has been a lot less trash around the school compared to years before.”

Morgan has a few outside hobbies other than working and spending time with his family. Morgan stated, “I have few hobbies outside of work and I spend most of my time doing small engine repair at home.”

Many students in SLHS have noticed the hard work and time Morgan puts into his new job. Allyse March said “Bryan is so much more than a janitor at St. Louis High School. He does so much more than clean. He is a friendly face who is always willing to go out of his way to help you out with whatever you need. I love that he waves at everyone, and the school is so much cleaner than last year.”