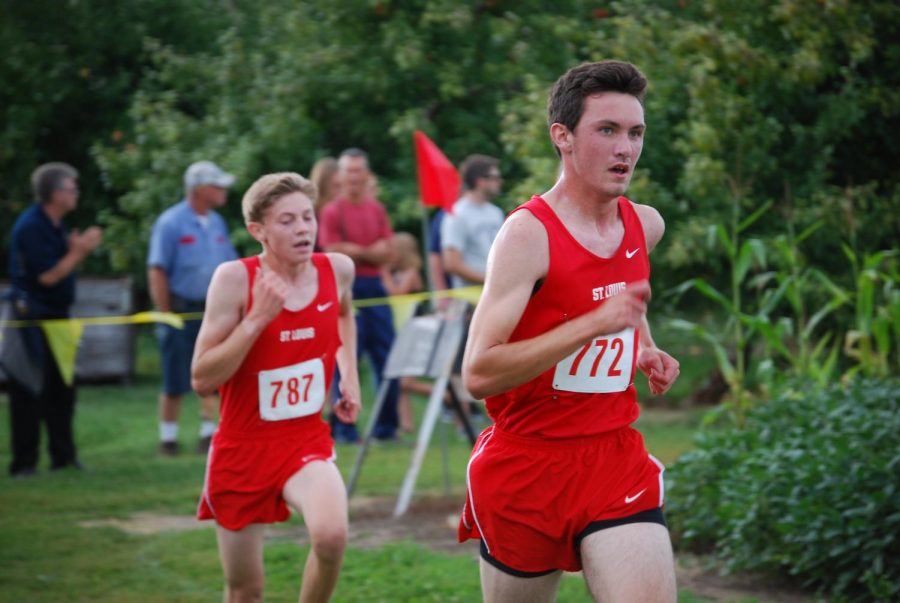 St. Louis cross country dominated the Marauder Invite Wednesday, Sep. 4 in Ovid-Elsie. The Sharks pushed through the course and finished strong during the early-season competition.

Coach Jay Puffpaff said, “It was a great day taking a positive step in the right direction, and it was a bonus getting an opportunity to preview the regional course.”

Libby Munderloh shared, “I think our team is in a very good position for early in the season. A lot of runners on the team have already made some amazing gains for the season and have put us in a really great place as a team. As long as we keep our mindsets in the right place, we should be set up for an awesome season.”