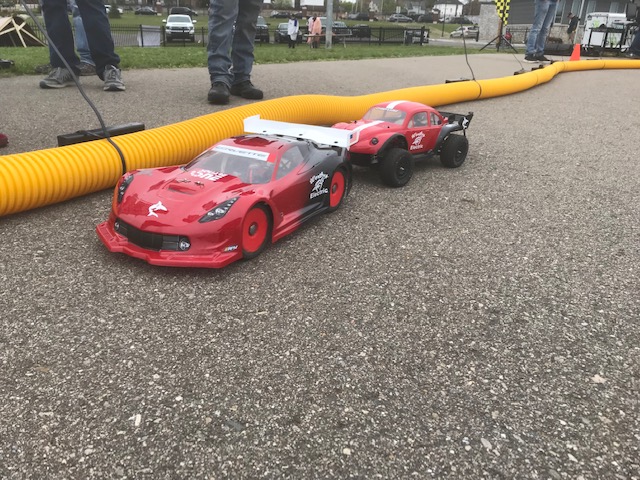 Sharks IVD competes with the cars they assembled.

“This year’s competition went fairly well. We improved in all aspects from last year. We had some mechanical issue that the group had to work through as the day progressed,” said Mr. Burleson.

The abbreviation IVD stands for innovative vehicle design. The purpose of IVD is to help introduce students to many different careers that relate to the auto industry. The club uses the STEM system, which is science, technology, engineering, and math, to help students build and design a vehicle that will perform and compete at a high level.

Burleson also said that besides having the weather not cooperate, the only thing he would have changed about the competition was how many members were in attendance. He said that a few more students definitely would have helped a little bit. Seeing how Sharks IVD currently only has seven active members, they are on the lookout for new members next year. If you are interested in auto mechanics, then this might just be the extracurricular activity for you.