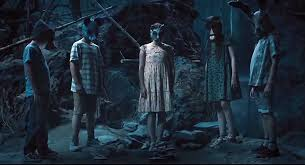 So many film company’s make the decision to remake films from older generations. Some of those remakes are really good or even surpass the likes of the original film. However, most of the remakes are horrible and should have never have been considered; Pet Sematary is one of those films. Pet Sematary left me, as a viewer, unsatisfied with the film’s script, cinematography, emotions, and most of all, the horror.

To start, I feel like the cast for the film was sufficient. Adding to that, I think the director hired great actors who acted and presented their lines very well. Jason Clarkes acting throughout the film was really great for what he had to work with. Yet, the script that they were reading from was dreadful. The script in the film seemed not completed and a bit distasteful. This version of Pet Sematary seemed like a high school student remade it and showed it off before it was completely done.

Furthermore, the emotions in the film were portrayed pretty well by the actors at least for how the scene was written. The script’s idea of emotions wasn’t really on point of how I thought the characters would have reacted to a couple of the situations; especially when you consider what they said afterward.

Finally, the horror throughout the film was disappointing to say the least. It seemed like you could count every jump scare before it happened. It might have been the way the film was made or just that everyone in the theater had a psychotic sense of humor because everyone laughed at each death scene.

Izaak Warden stated, “Throughout the film, I could predict and time every jump scare. The film wasn’t scary or thrilling, it just was trash. I found the death scenes to be funny, which in my opinion, they shouldn’t be for a film like this.”

All in all, the new Pet Sematary was completely inferior to its 1989 version with its comedic deaths and ridiculous script. The best part of the film for me was the credits because it meant that I could finally leave.