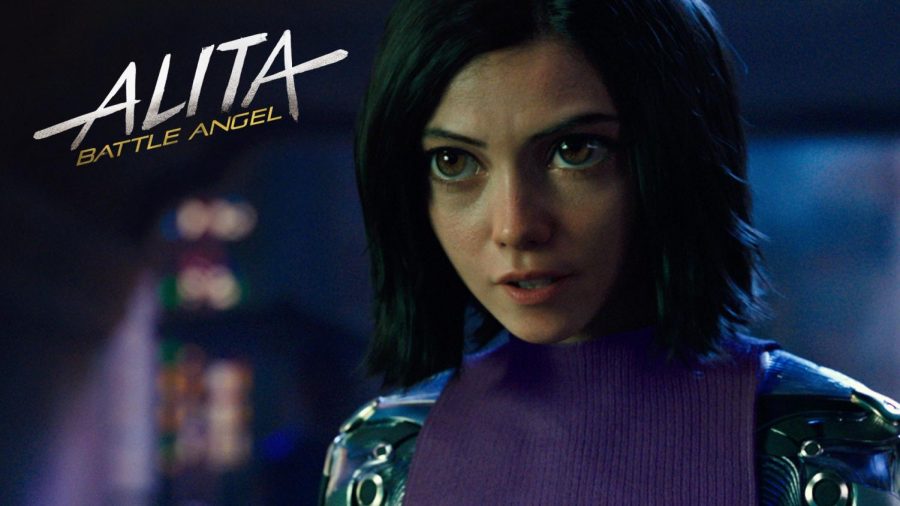 Alita: Battle Angel is yet another highly anticipated film of 2019, which made its debut on February 14, 2019. The film is based on Yukito Kishiro’s 1990’s manga series, Battle Angel Alita. Although the film and the manga are phenomenal at worldbuilding, or the construction of imaginary worlds, they both fall pretty flat when it comes to story building and character development.

The film is set several centuries into the future, following a war that devastates Earth by destroying all but one of its magnificent floating cities; The only surviving city is Zalem. The floating city is fueled by the many dozen factories in Iron City, which grows in the shadows below Zalem. The humans and cyborgs that live in the shadow of Zalem literally scrounge for scraps while dreaming of a better life above on Zalem.

“I thought the movie was going to be really good, but after seeing it in the theaters, I had wished that I didn’t go and waste my money,” said Senior Julie Findley.

While digging through the trash, in hopes of finding spare parts, Docter Dyson Ido (who is portrayed by Christoph Waltz) discovers the upper-half of a cyborg girl (who is portrayed by Rosa Bianca Salazar), who is surprisingly still alive. Ido takes what is left of the girl back to his make-shift cybertronic lab, and he attempts to repair the damaged girl. The repairs worked, and the living parts of the cyborg girl accepted the new body the doctor had built.

When the cyborg girl finally awakes from her surgery, she (of course) has no reflection of who she is. This is where the film starts to fail in my eyes. The amnesia plotlines have been severely over-used in recent films. Some films, such as Captian Marvel, are able to pull this type of plot off in a fantastic way, but this film just didn’t. Seeing how the girl has no recollection of who she is, Ido decides to call her Alita, the name of his deceased daughter.

“I actually really like the movie, Alita Battle Angel. I hadn’t heard about the movie before me and my family went to see it in theaters,” Autumn Bradbury explained. She also explained how a few scenes had been too much for her and her younger brothers.

Within a few days, Alita goes from acting like a wide-eyed child to acting like a moody teenager, even going as far as to get a run-of-the-mill “bad-boy boyfriend with a true heart of gold,” named Hugo (who is portrayed by Keean Johnson). This is yet another cliche that the movie world uses way too much. It’s disappointing to see this plot repeated so many times.

Another thing that was disappointing to see in this film is the lack of quality CGI animation. Most of the characters in the film have some type of cybertronic limbs or modifications to their bodies. This would require a lot of good quality CGI, but this film just made everything look like a mess or tangle of wires and robotic parts.

Some people, however, have different opinions on what was bad in the film. Bradbury said, “I actually thought that the CGI in the movie was really good. I think it looked real and gave the movie more of a futuristic feel.”

Yet again, the film gave its viewers another disappointment. There are so many gore and death scenes throughout the rest of this film it’s not even funny. If you are bothered by these types of scenes, then I highly recommend you don’t watch this movie. Even when I was watching the film, there were a few parts that I almost had to walk out of the theater because I found them unsettling.

“Another thing that I didn’t like was how the movie didn’t have a very good ending. It seems that the creators of the movie wanted to add more but were not able to, so they just decided to cut it off abruptly,” Findley elaborated.

Overall, this film was a trainwreck from the beginning. Since it took roughly 15 years to create, I expected the film to be way better than it actually was. After all these accidents/disappointments the film dishes out, it’s only followed by a rushed and sloppy ending which indicates a sequel movie. I feel like the sequel of this movie is going to be, most likely, worse than the first one.