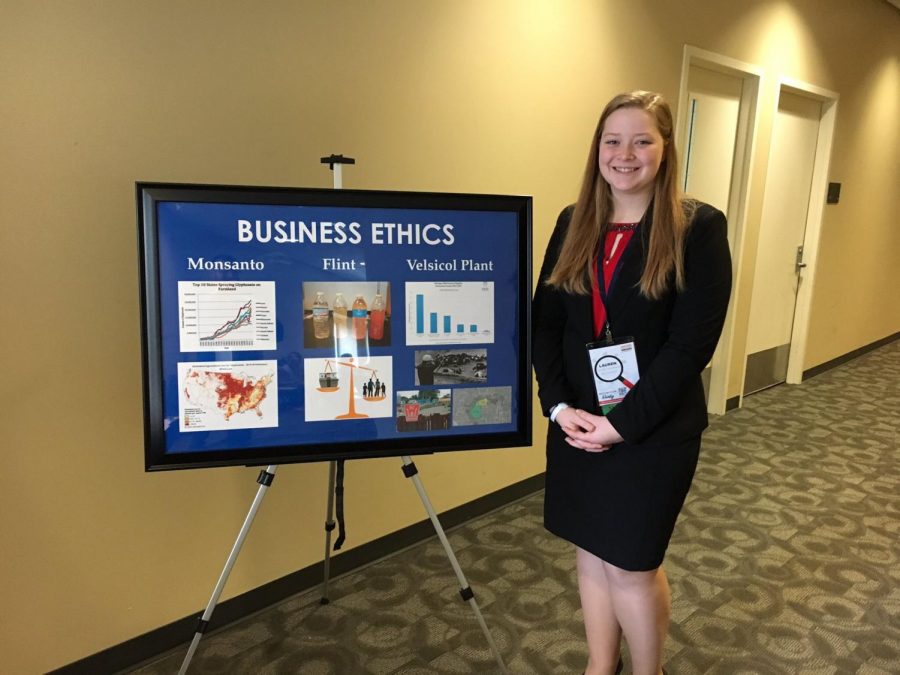 Lauren Sherwood poses next to the visual aid she used for her award-winning speech.

“I took first place in Prepared Speech,” Lauren Sherwood said. “When I won, I was in a state of shock. I didn’t think I’d be that good at giving my speech. I knew I’d get on stage, but I had no idea I would take first place.”

Sherwood added, “One of my favorite parts of the weekend was going to Craig’s Cruisers. I went on go karts and bumper cars for the first time. Another fun part was when Breck shoved a whole piece of chicken in his mouth during the banquet!”

“I was proud of all of our students this weekend, but a special moment was watching Lauren Sherwood be awarded first place in Prepared Speech. She has worked so hard to prepare and perfect her speech, and it was awesome to see it all pay off!” said Mrs. Biehl.