Spider-man: Into the Spider-Verse is a definite success! 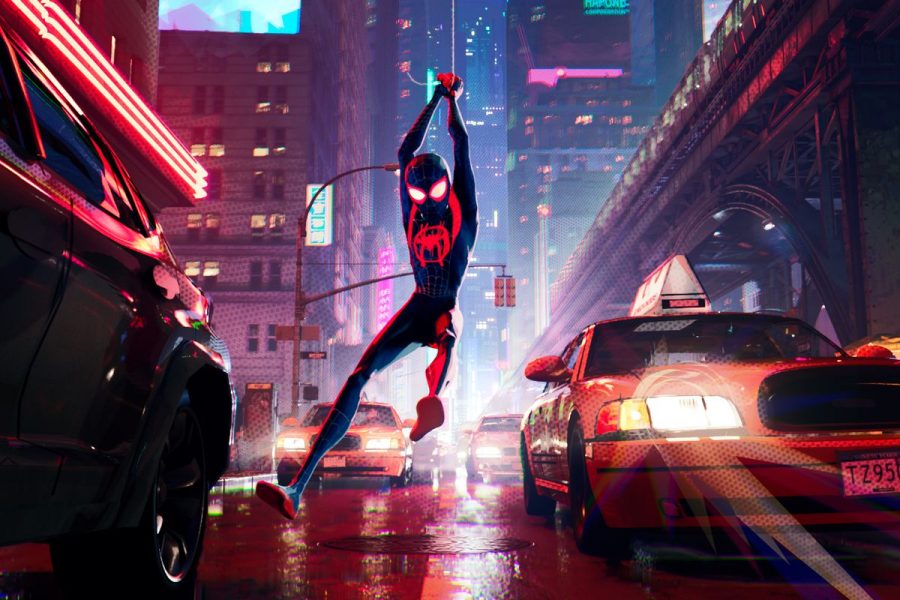 An image from Spider-Man: Into the Spider-Verse.

Spiderman: into the Spider-Verse takes the original Spider-Man storyline that many of the people in the audience know and love, and adds an interesting twist. Instead of the lead being on the well-known Peter Parker, it’s placed on the less widely known Miles Morales (who is portrayed by Shameik Moore). Also, there is more than one Spider-Man. This includes the dark and brooding Spider-Man Noir (who is portrayed by Nicolas Cage), the funny and rambunctious Spider-Ham (portrayed by John Mulaney), and the strong-willed and beautiful Spider-Gwen (portrayed by Hailee Steinfeld).

“I think the characters of the film didn’t really feel as if they had enough development,” sophomore, Brooke Barrett stated.

Even though most of the characters are extremely lovable and able to bring a little bit of comic relief to the audience, but many of these characters have a complete lack of development. A few characters, mostly side villains like The Scorpions, Tombstone and a few others feel like they are were just thrown into the plot; they are basically just being used as eye candy to draw comic book lovers in. Even some of the main characters are underdeveloped. Peter, Miles, and Gwen are the only characters throughout the whole film to have any type of meaningful character development. This is the movies weakest point. I wanted to see more of a development in all the characters, not just the chosen few.

On the other hand, the strongest point of the film has to be the animation. The animation is done in a way that makes the movie seem as if moviegoers are in a comic book. This means there are blurred backgrounds, slower frame rates, and even the occasional thought/sound bubble appearing above a character’s head. This interesting way of animation gives the film a different aesthetic that hasn’t been seen in a animated film before.

“I was completely shocked by some of the major plot twists in this movie. I couldn’t believe that so many plot twists were able to happen throughout the movie,” Barrett added.

Although the promos for this film make it seem like it’s a completely light-hearted movie, the film takes a huge plot twist and turns dark very fast. After all, many of the best animated films have small spots of darkness in there otherwise light-hearted atmosphere. Many of these dark moments in the film came along with absolutely no warning to the unexpecting audience members. Also, many of these plot twists send such emotional punches toward the audience, they can’t help but be to sympathize with the characters.

Sophomore, Autumn Bradbury explained,“I’ve only seen a few snippets of the new Spiderman movie, but I have listened to the soundtrack. I think a few song are really good, but I can’t say the same about other songs.”