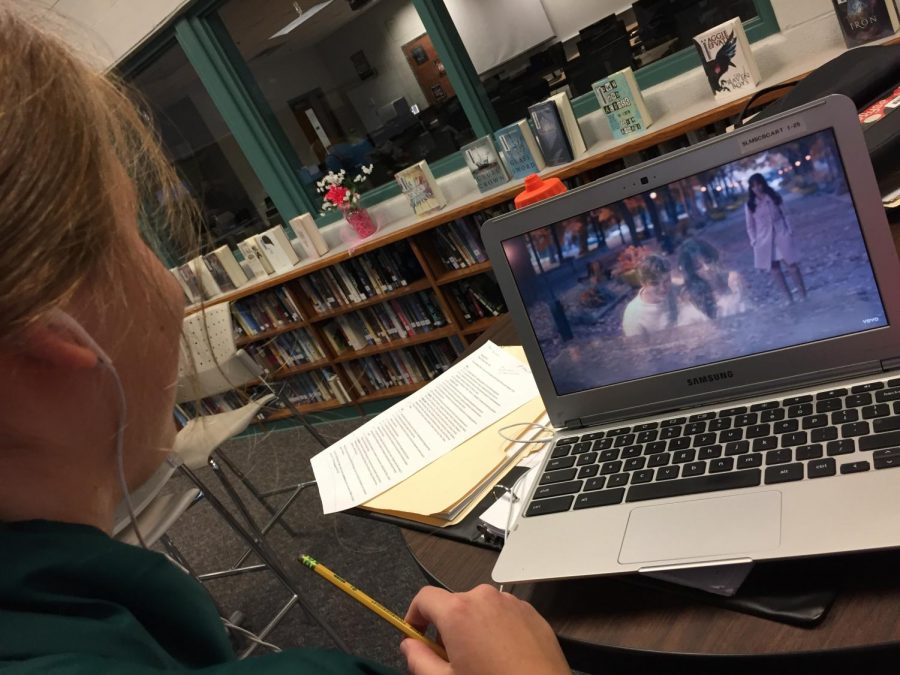 Camila Cabello relieved the joy and heartache of a past romance in the “Consequences (Orchestra)” video. The video opens in a park covered in autumn leaves as the pop singer strolls through the digitally imposed memories of a relationship starting to form. Slowly, the background turns to a snow covered wonderland, but the impressions start to devolve from flirty to fighting. At the ending of the song and video, Camila embraces her phantom partner and they float in the air, spinning under the lights of the park.

Sophomore, Brooke Barrett added,“ It’s very a catchy song, and I sing it in the shower!”

The song debuted Oct. 8, 2018, with a live performance at the American Music Awards. Music producer, Emile Haynie, overviewed all the revamping to the new track; the original song appeared on Camila’s January-issued debut of her album, Camila.

Overall, the song is a jaw-dropping masterpiece. The song is presented in a way that anyone, especially someone who has gone through a break-up, can sympathize with.